The Protecting the Wilderness Project commenced in 2007, under the premise that the coast of the Bega Valley Shire is one of the least weed-degraded coastal landscapes in south-eastern Australia and that timely weed control measures can maintain this status and accrue great environmental and economic benefit.
The project originally received a grant from the NSW Environmental Trust (first 7 years), and is now funded by the Bega Valley Shire Council, Southeast Local Land Services, National Parks and Wildlife Service, Eurobodalla Shire Council, Marine Estate and various volunteer coastal Landcare groups.
Coast weeds is hosted by FSCLA and employs Luke Hamilton as project officer. Luke leads two 10 week duration 'sweeps' a year by crews from Local Aboriginal Land Councils along all local beaches, removing beach weeds and litter. The crews also control weeds around local settlements at the request of and in collaboration with the coastal Landcare groups. On occasions a professional contractor/abseiler has engaged to deal with weeds in dangerous and inaccessible sites.
Luke continuously monitors weed problems along the coast and advises volunteer groups and agencies on issues and strategies and develops the contractor's work schedule.
Since poorly chosen and managed garden plants are the principal weed threat 'awareness raising' is a key element of the project. Various media are employed including field days, newsletters, newspaper articles, brochures.
The project has been highly successful in reducing the incidence of the key beach weeds, sea spurge and beach daisy, which are now vastly less common than at the project's commencement. Control of these species once absorbed the greater part of volunteer groups' time and energy. The groups are now able to concentrate on other projects, particularly revegetation works.

NOTE: Environmental Trust funding for this project finished in 2018.  Base level funding has been secured since 2018 thanks to Bega Valley Shire Council, SE Local Land Services, National Parks, Eurobodalla Shire Council and our most recent partners Marine Estate. 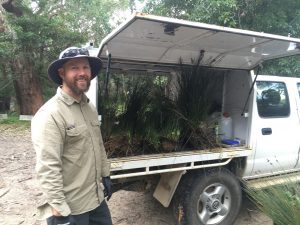 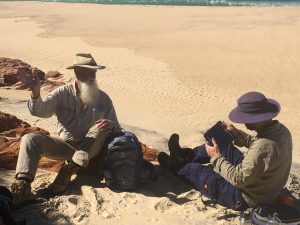 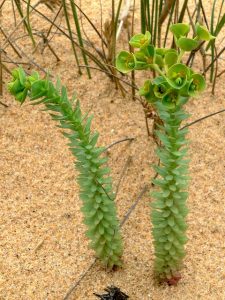 Very significant progress has also been made in controlling bitou, boneseed, lantana, boxthorn, pampas grass, mirror bush and crofton weed, all species with the potential to massively degrade local environments but present only at a few 'bridgehead' sites locally. A current survey has established that major progress has been made in controlling these species in the past year. 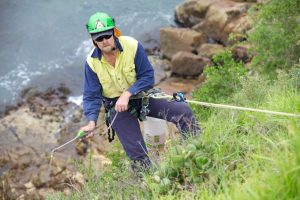 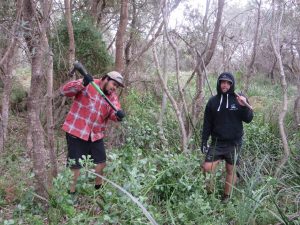 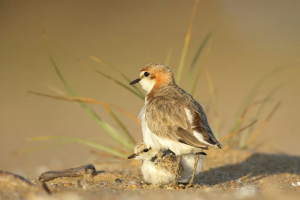